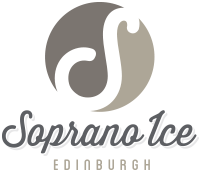 At what age did you start playing rugby? Did you always know it would be your job as an adult?

I first started playing rugby aged around 7 or 8 down at my local club in Biggar. I played junior rugby there until I began school at Merchiston Castle in Edinburgh. I don’t think I can say I always knew that’s what I wanted to do as my job. When you are very young you just enjoy playing but as I continued playing at school I became more and more involved in national age group teams, pursuing rugby as a profession became a possibility. A year after I left school I was given the opportunity when I was contracted to the Scottish Rugby National Academy.

We heard you’re getting married soon. What aspects of the wedding organising are you getting most involved with?

Yes Jen and I are getting married in 2018, thankfully not this year as there is no way we would have managed to plan everything in time. I think it’s fair to say that Jen has taken on the role of chief planner, but when we started discussing food I didn’t need to be asked twice to help! I’m sure it’ll be the same when it’s time to go cake tasting.

When you’re not playing rugby, what do you enjoy doing?

We have two dogs so I spend a lot of time out with them on my days off, and when the rugby schedule allows Jen and I will try and get away somewhere for a few hours or for the day just so we can spend some time together. Also, I grew up on a farm and I really enjoy being outdoors so I spend a lot of the time out in the garden pottering around when the weather permits.

Do you have a skincare regime?

Not as such, much to Jen’s annoyance, but I do try to look after my skin as best I can. Training outside all day means that my skin gets battered by the elements so I moisturise daily to stop it from drying out and I always make sure I apply sunscreen particularly to my face to try and prevent any sun damage. 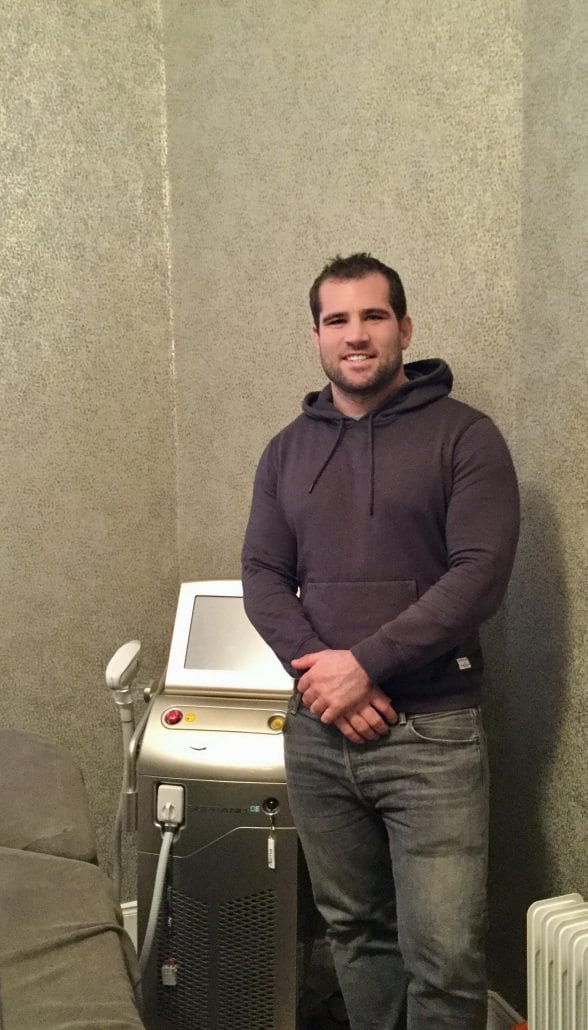 I’m getting laser on my shoulders and my back. In the last few years I’ve started to get a lot more hair growth in both these areas. My hair is pretty dark and it grows pretty uneven and in little clusters so I decided to have laser because I just didn’t like how it looked.

Is there a health or beauty trend at the moment among your fellow players?

Our nutrition gets pretty closely monitored by the strength and conditioning team who make sure we are in the right condition to perform. They like to use different strategies now and then depending on the time of the year and how demanding our schedule is so they tweak things to make sure we get the right amount of vitamins and nutrients that we need. It’s not so much a trend but they constantly pick up on new things to help us whether it’s using cherry juice and ginger shots to help us recover and bolster our immune system or just something simple like adding in some vitamin D pills in winter when there’s not a lot of natural daylight. As for beauty trends, I don’t think so. There’s some fairly dodgy haircuts going around and a few pretty wispy attempts at beards but that’s about it.

Do you have any pre game routines you like to stick to before a big game?

Not really, I like to have a bit of time to myself before a game to listen to some music or just watch something on Netflix. Once I get to the ground I tend to sit down for a bit to read the programme again while listening to some chilled out music. I’ve never really been the kind of guy that listens to really heavy music and get animated before a game, I’m pretty chilled.

That’s a tough one. My heart says Scotland. We had a good win in the first weekend at home to Ireland but came up just short in Paris at the weekend. England are obviously favourites after winning their first two games and will probably go into the game against ourselves in round four unbeaten (they play Italy next week while we play Wales). But this year more than any other, the games are so tight and physical, the margins between the teams are so small. If we play to our potential in our remaining games there’s no reason why we won’t be there or thereabouts come the end of the tournament.

Where’s your favourite bar/restaurant in Edinburgh?

Loving Chop House at the minute on Market Street. I love my food, especially beef (must be the farmer in me) and Chop House definitely delivers a great plate of food. I’m partial to a chateaubriand but be warned, I think the smallest size they do is 700g……you need to be hungry.

Finally, how have you found your laser hair removal treatments at Soprano Ice Edinburgh?

They have been brilliant. The staff have been wonderful, very professional and always welcoming. It’s a very relaxing environment and the only problem I have is trying to stay awake on the treatment bed! Would definitely recommend to anyone who is looking for laser hair removal.

This site uses Akismet to reduce spam. Learn how your comment data is processed.

You can find out more about which cookies we are using or switch them off in settings.

This website uses cookies so that we can provide you with the best user experience possible. Cookie information is stored in your browser and performs functions such as recognising you when you return to our website and helping our team to understand which sections of the website you find most interesting and useful.

Strictly Necessary Cookie should be enabled at all times so that we can save your preferences for cookie settings.

If you disable this cookie, we will not be able to save your preferences. This means that every time you visit this website you will need to enable or disable cookies again.